You can also contact the Mayor’s team regarding policing and crime via email at
[email protected] or telephone 0113 348 1740. 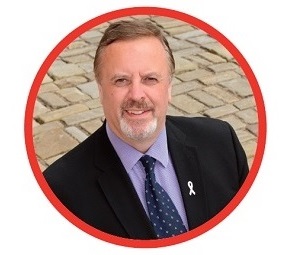 Mark Burns-Williamson was elected the first Police and Crime Commissioner for West Yorkshire on 15 November 2012. On 5 May 2016 he was re-elected for a further four year term.

Accountable for policing and community safety across West Yorkshire, Mark's vision, as set out in his Police and Crime Plan, is to make sure all of our communities are safe and feel safe.

To make sure local people get value for money the cost of this office is much less than that of the former West Yorkshire Police Authority it replaced.

To see more information about Mark, including his expenses, please see the links on the right hand menu if you are accessing the website on a computer or to the bottom of the screen if you are on a phone or tablet.

Mark was born in Castleford in 1964 and attended local schools, including Castleford High School (now Academy) before taking an apprenticeship as a stone mason and gaining national civil engineering qualifications at Leeds College of Building. Mark then went on to gain a joint BSc honours degree in History and Politics from the University of Bradford between 1991-94.

From 1998 to 2012 he was elected as a district councillor to Wakefield Metropolitan District Council (WMDC), whilst also being Chair of Castleford Town Centre Partnership from 2002 to 2012, overseeing a number of significant regeneration programmes, including working with Channel 4.

He was also appointed as a member of West Yorkshire Police Authority (WYPA) in 1999 and subsequently elected as the youngest Chair of the Authority in 2003, and then annually until 2012. During this period he was elected first as a Deputy Chair of the Association of Police Authorities (APA) and then the National and outgoing Chair in 2011/12, where he helped to play a key role in enabling the smooth transition to the formation of the new national Association of Police and Crime Commissioners (APCC) governance arrangements working with Ministers and Home Office Officials.

In November 2012 he was elected as the first Police and Crime Commissioner (PCC) for West Yorkshire and re-elected in 2016 to set the Police and Crime Plan and oversee the 4th largest police force in England and Wales, covering a population of 2.3m and responsible for a budget of around £500m.

He has championed and led regionally and nationally for the APCC in the key policy areas of Modern Slavery/Human Trafficking, Proceeds of Crime, tackling violent crime and overseeing the creation of the first National Police Aviation Service (NPAS) as Chair of the National Strategic Board since it’s inception in 2014, as well as helping to set up the National Anti-Trafficking and Modern Slavery Network (NATSM) for PCCs and partners launched at the Home Office in 2016 which he Chairs.

He was recently honoured to be elected by fellow PCCs as Chair of the APCC for 2018/19 to represent the national body in positively influencing Government decisions within the Home Office and Ministry of Justice in particular for the wider good of policing and community safety and remains an executive board member of the APCC playing a key national role.

Outside of work he is a founder member/trustee of Castleford Heritage Trust and a former school governor of many years at Castleford High/Academy and Wheldon Infants School, as well as being a lifelong Castleford Tigers supporter and a former rugby league and cricket player.

He was awarded an OBE by the Queen in 2012 for services to the community.

More in this section